Through our vote we will change Georgia and the nation.

GLAHR launched the GaDecide – GOTV campaign in 2018.This was GLAHR’s first civic engagement campaign specifically focused on getting out the Latinx vote to increase civic participation in rural communities,located in Middle and South Georgia. One of the purposes of “GA DECIDE” was to remove the stigma that our community members are not interested in voting and show our community that through VOTING we can change the state of Georgia.

We saw an increase in percentage of 300% to 500% in rural Georgia to the metropolitan areas that this campaign covered during the local elections of 2018. Even though the Latino participation increased in 2018, the outcome in Georgia was not the outcome the community fought for. However, it symbolize the start of a massive change in the participation of the Latino community in the electoral system . This was made possible by “Georgia Decide” as it was the first major Latino outreach that took place in the state of Georgia. This campaign was based on grassroots ideals and thus we visit the Latino community at their home, at the stores and many other places.

In these upcoming elections, GLAHR understands the importance of increasing political power in the Latino Community. However, it goes more than just increasing voter participation but to cultivate the culture of voting among our Latino Community. To register and inform about the correct processes when registering to vote and what to do when exercising our vote. 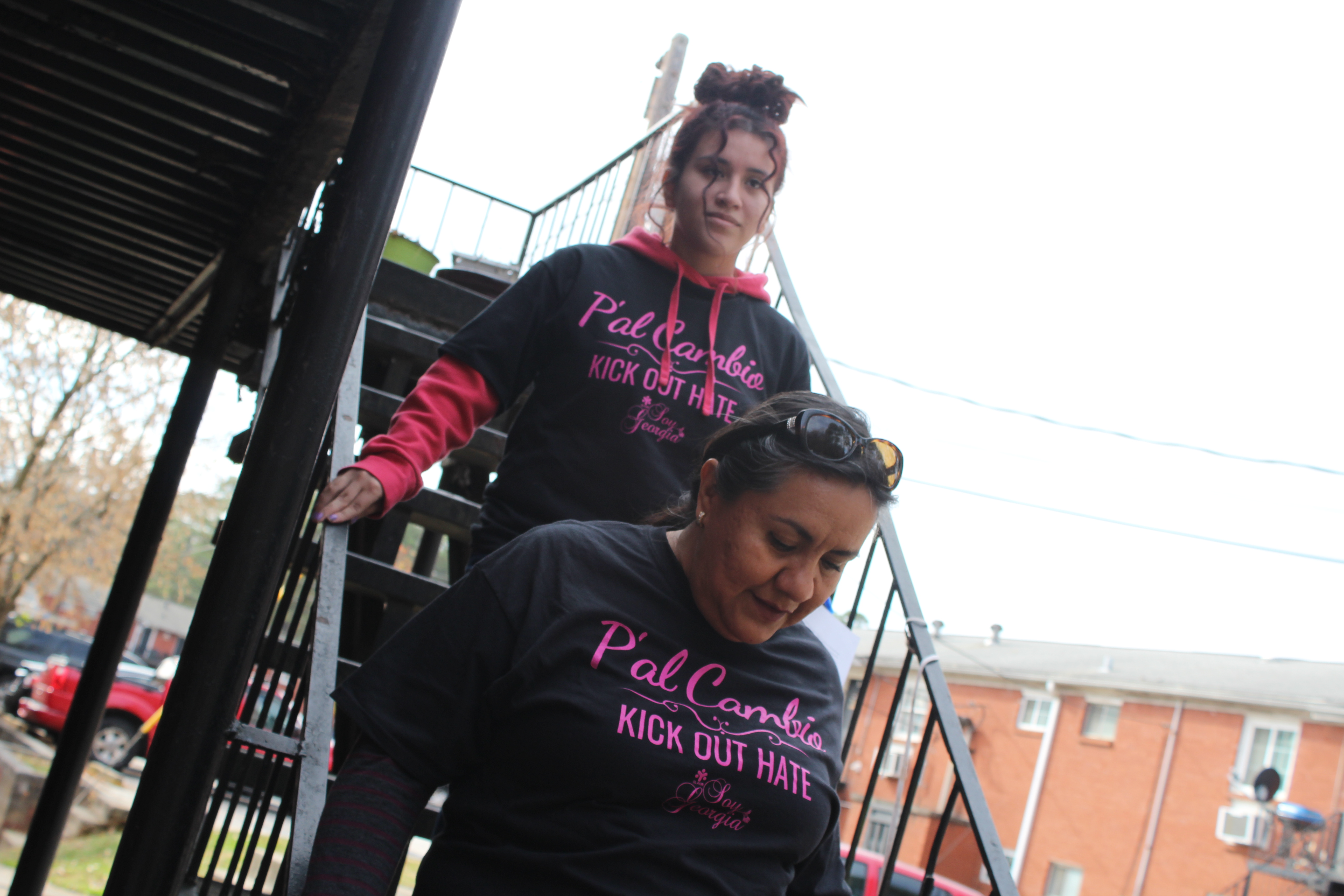 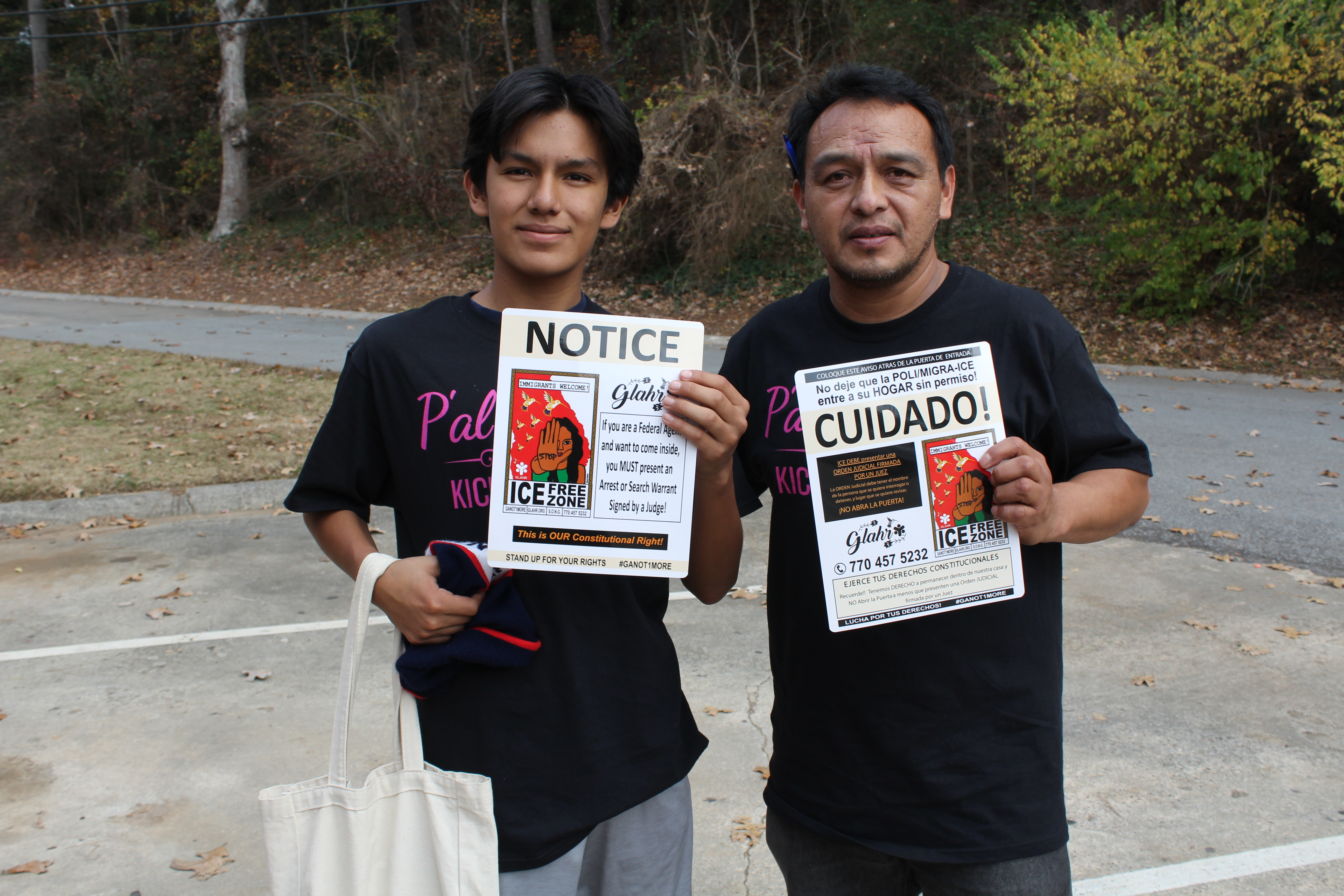 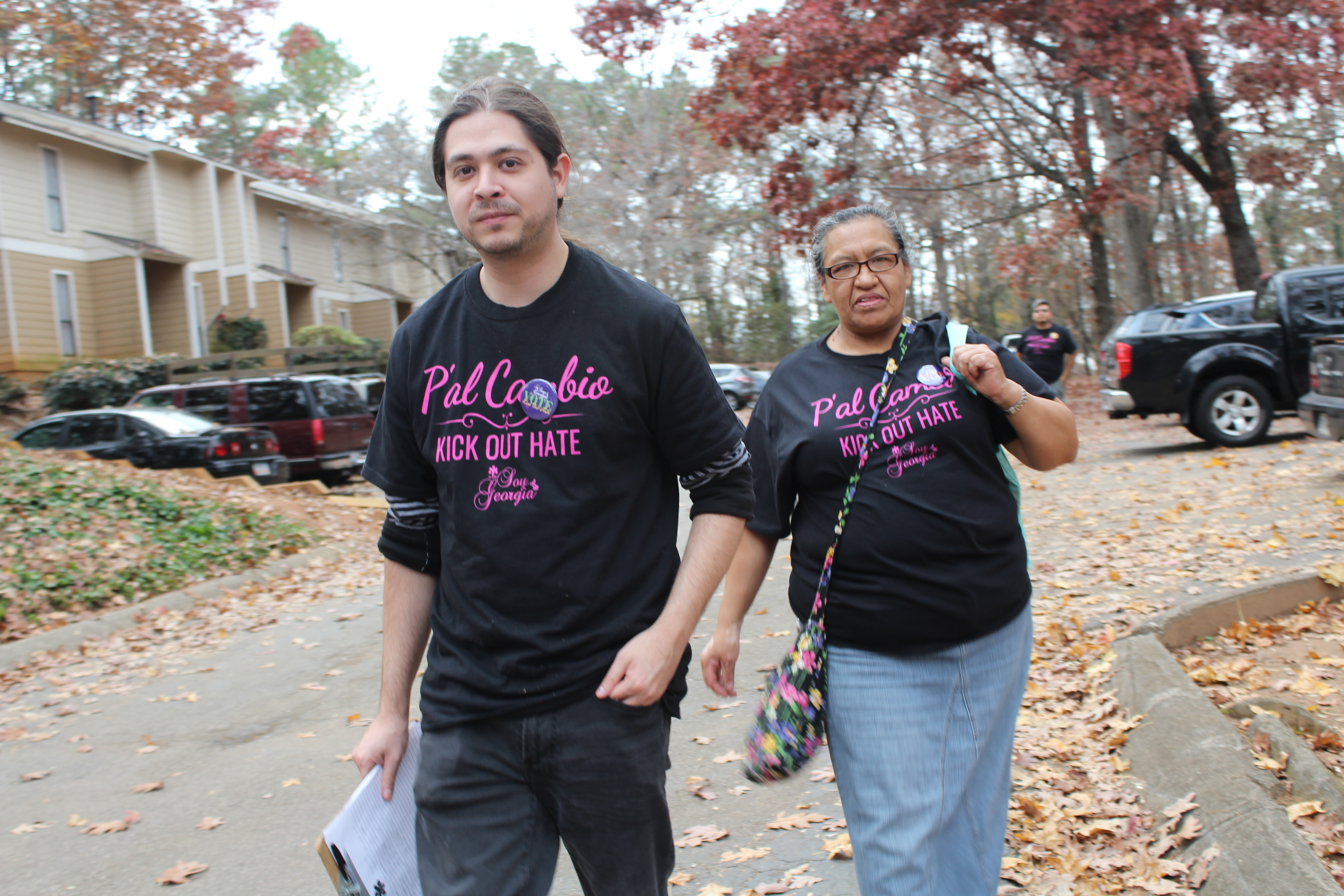 In 2018, there were 29 million registered Latino voters in the United States. In 2020, it is anticipated that there will be more than 32 million Latinos of voting age, which would place us as the largest voter minority in the United States. However, we do not want numbers to just represent us but our actions to demonstrate that the Latino Community has had enough. In the past 18 years, the Latino community has more than doubled in the state of Georgia and there is an estimate of 349,000 Latinos of voting age. It is estimate that Latinos represent 4.7% of the total number of register voters within Georgia. In September 30, 2019, we launched our “Soy Georgia” campaign and we began preparing and informing our community about the importance of voting.

The 2020 elections are of great importance both nationally and locally because the Latino community will be the largest minority of this nation and it is important to show this country that we have power and will fight for change and this is why “SOY GEORGIA.”

Join the movement that fights for justice. Join us as we mobilized Georgia and this nation to a brighter future. The people united will never be defeated. Pal’ Cambio. Kick Out Hate!

The Georgia Latino Alliance for Human Rights (GLAHR) was founded almost 20 years ago. GLAHR is a non-profit, community-based organization that educates, organizes, and empowers Latino immigrants across Georgia to defend and advance their civil and human rights. By educating and organizing Latino communities from below, GLAHR has established a powerful network of informed leaders, engaged community members, and local committees that combat racial discrimination, economic injustice, and state-inflicted violence, including detentions, deportations, and police abuse. Today, GLAHR has become the largest Latino grassroots organization in Georgia as a result of its efforts to organize Latinos to defend and campaign for their rights and human dignity.
GLAHR relies on base-building methods to organize and educate Latino immigrants about their rights, defense strategies, and anti-immigrant legislation and practices. GLAHR also mobilizes Latinos to participate in national campaigns and strikes for immigration reform, including the national strike on the Day of Non-Compliance in 2011. As a current member of Georgia Not 1 More Campaign, GLAHR organizes marches, rallies, and acts of civil disobedience to campaign for an end to all deportations of undocumented immigrants, along with a coalition of immigrant, labor, economic justice, women’s rights, and LGBTQIA advocacy groups. 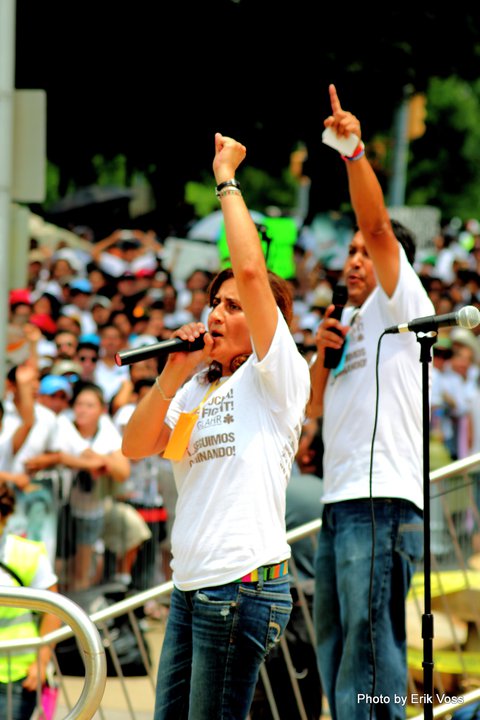 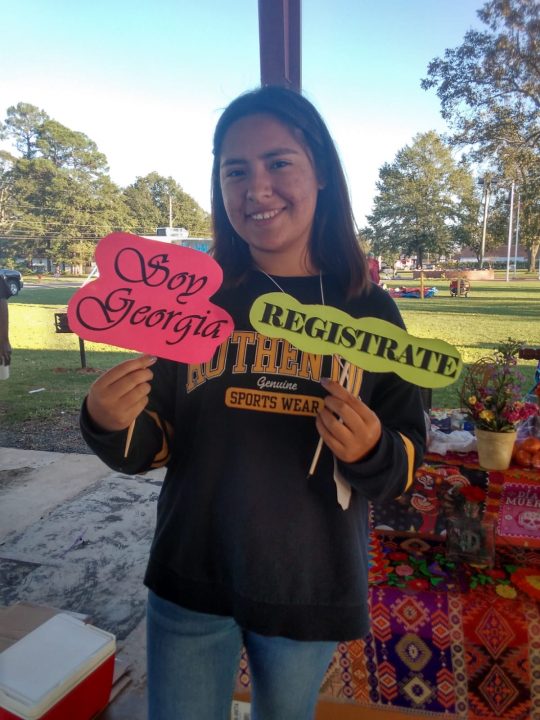 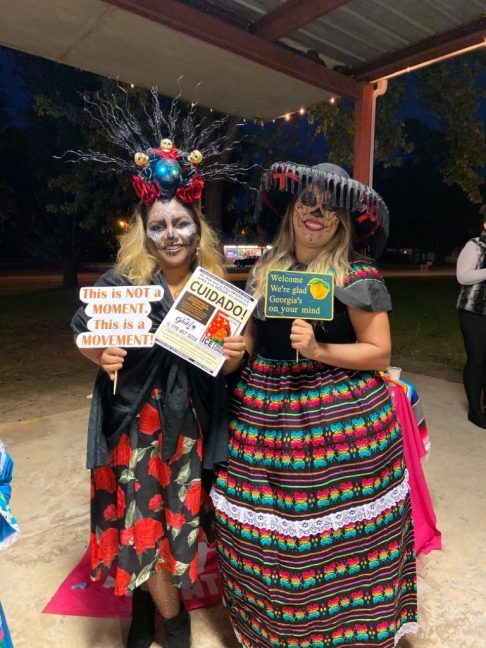 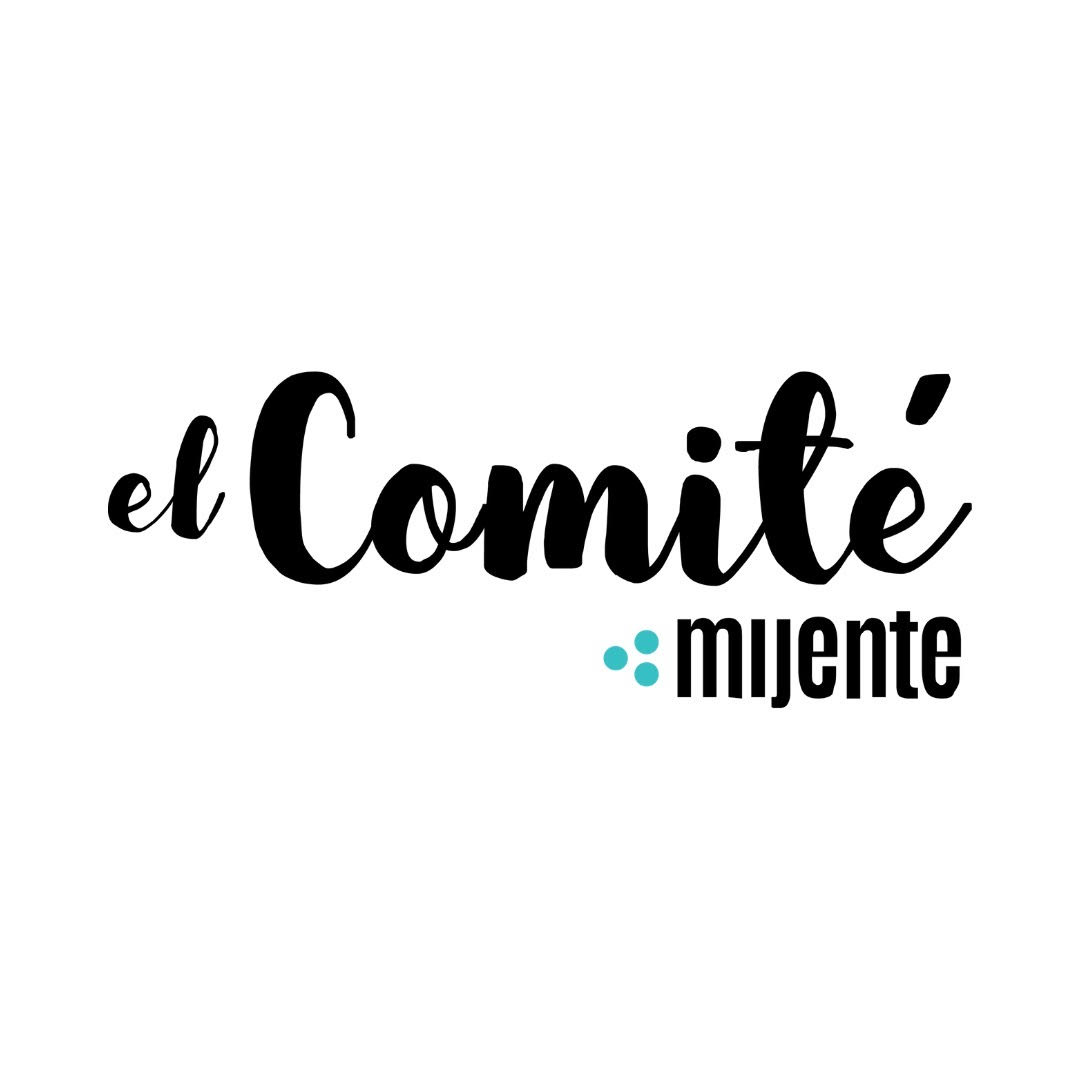