The Campaign Legal Center has a campaign called “ Restore your Vote” and provides a wonderful tool to find out if you are eligible to vote in the state of Georgia and among other states.

Am I Eligible To Vote?

If you have a question about your convictions, please:

If you have issues or questions when trying to vote on Election Day,  call 866-OUR-VOTE. 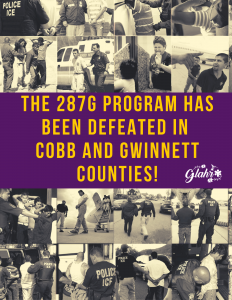